watch her as she breaks the mold …

Helping people who’ve been struggling is a sign of wisdom on your part … letting them know all the pitfalls in getting there was truly very smart … helping especially, despite your inner pain … when you have knowledge of yourself it is one huge gain …

Before or after your thoughts turn mundane …

thoughts were coming left as well as right …

Wisdom should be loyal with huge doses of respect times ten …

Emulating from others as well as from within …

clear thoughts falling down around you,

And in those moments, you have to reflect … blurred recollections are certainly cause for reject …

Did I really find wisdom you may have said …

Caused rivalry between the best … And you’re in a test …

I’m glad wisdom found me the older I became …

It snuck up on me so quickly …

Looking for it so hard that I became quite disdain …

Not knowing how to handle her in my strange ways …

It was hit and miss for quite some days … Never giving up, holding onto the hope … coveting wisdom in her entirety …

Wisdom has your heart so full …

happiness and smiles coat with her charm …

⭐ thank you for reading, commenting, and following ⭐

I’m writing this on the wake of these New Zealand killings of innocent people. Bless their hearts. They were in their place of worship, worshipping and these white supremacists decided that it was a good time to take their lives??? REALLY?????

Shocking? Yes, it is. I’m from the south of the United States, so I’m definitely schooled in racism. I was raised to be racist but thankfully that never stuck. I just don’t understand having problems with someone simply because they are a different color, or they are of a different nationality, or they have a different beliefs and religion than I do. That doesn’t make them bad people.

What was the point in killing those poor people in their place of worship? And then recording it? Was this supposed to make them bigshots in some way? It makes them disgusting and pitifully weak in the real world and around real compassionate people!

Believe that – there was a purpose, those type of deep racist and ignorant people always have a purpose for how they do things, even if it’s not obvious to us (the public).

I certainly do NOT want to hear because God told me to! I’m tired of hearing that someone has killed someone in God’s name.

First of all God would NOT tell someone to kill anyone.

He would not tell anyone that no matter what their differences, He would tell us to show Christ to them. He would not have us pointing fingers. Kind of like in the 1800’s, when the Catholics were killing the Protestants and vise-versa. Supposedly, in God’s name, and I just shake my head because there again, they are blaming God for their own stupidity and ignorance.

Time will tell on the WHY they did this and what was their purpose? I’m sure it was partly because of their religion. I don’t like the radical Muslims, like Isis, but the Muslim people for the most part are good, quiet and loving people. You just don’t end a life because someone is different than you. You just DON’T DO THAT!

I don’t know, but to just do what they did and how they did it is CRAZY to say the least. I pray that they are caught and have the most massive laws thrown at them.

Where has the compassion gone for others, other than ourselves?

We are ALL HUMAN BEINGS.

I guess that means nothing to the type that just massacred those 49 people. To me, it’s spiritual. The demons definitely were in charge of that/those person/people. That’s the only thing that makes sense to me. Y’all have too remember, I come from the Bible belt!

The root of this type of CRAP is RACISM. I see it daily here in the South and I know it’s dominate in other states and even in other countries. I promise you though, it is NOTHING like it is here in the South, of the United States of America. I totally LOATHE racism.

We ALL BLEED RED just like Jesus BLED ON THE CROSS!

PEOPLE we have got to unite and come together and make the statement THAT IS NOT OKAY to kill people for their differences.

Make an example out of these out of control white folks, please!

smdh😞 I did read yesterday that Facebook, Twitter and YouTube are removing those awful videos as soon as they are posted. You have to congratulate them for doing this. I’m sure it’s taken more than one person to handle that task. If you see a post that is in fact that awful video of the massacre, please report it to the social platform you are on.

Let me know in the comments your thoughts on this horrid happening.

💕 Thanxxx for reading and commenting and following

Like my fb page RAW thoughts from cheLLe unsensored! Be the first to see new posts and get new RAW thoughts on how I think and what gives me ideas to write about.

How many of you have viewed RAW thoughts ✌️ 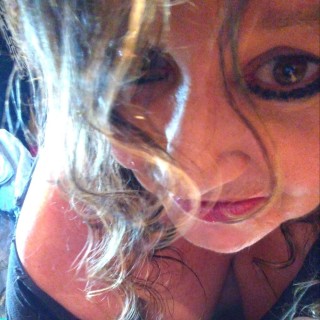 I'm cheLLe and thanxxx fOr cheCking out my blOg! Writing is the paSSiOn of my sOuL - it is an intenSe driving fOrCe inside of me that keeps me mOtivaTed beyOnd measure! I am sO bLeSSed tO have 3 AMAZING grOwn kids, as weLL as having 4 BEAUTIFUL grandchildren! I prOmOte my bLOg (RAW thoughts) daily across all sOciaL pLatfOrmS. I've also created 12 fb pages and I manage and run them daily! PLEASE FOLLOW my blog and LIKE my FB pages! My posts on either WILL NOT be boring, that I can promise! 💋 hugS and kiSSeS 💋 cheLLe

The Girl in All Leopard
LA Rox Life!

There is Light, Life & Love

An objective, no rules view into the nature of people's relationships and sexual lives, through in person interviews.

For the Love of Stories & Books
RAW thoughts from cheLLe 💙 uncensored 💛

🙋Hayyy I'm cheLLe 💞 Thank yOu for visiting my perSOnaL bLOg! 🤽 kiCk back and chiLL with me ✌️ Writing is definitely my life's paSSiOn ✏️ it has been since I was in high school 👩‍🎓 only I never thought I was good enough (for many reasons explained throughout my posts) so, I just stopped writing around my early 20s 📕 It wasn't until I became dead set and determined to work past many emotional issues from childhood 👶 did my paSSiOn for writing return 😍 driving me to pursue writing as more than just journaling 📝my journey in pursuit of self awareness has been bittersweet✝️I have shed beyond several tons of tears from wondering "What could have been if this wouldn't have happened ... 💧yet, as i progressed through my journey ⛵ i also found myself experiencing a HUGE sense of relief 🎧 that brought about a depth of wisdom and peace inside that I'm forever grateful for ⚡ My hope, through this blog, is that YOU GUYS 📑 my readers, will "feel" my words, my emotions, the core of me as you click through my posts 👠 The lessons I've learned 💔 cost me dearly ⌚a cost i wasn't willing to pay 🌧️it cost me damn near everything I had and I'm talking about more than just money 🥇 it cost me a large part of my "heart" 💰 I have just recently dicovered (after a light bulb moment) how emotionally important it was for me to love myself and that was the catalyst that reignited the intense burning desire deep within me, the paSSiOn to write once again 🎠 Yes, it wasn't easy to break through years of wrongful emotional conditioning 🔮 However, I cannot change anything from the past 💒 I'm not bitter nor do I feel sorry for myself and might I add, that I'm definitely not looking for pity 📺 all I hope for is 📣 that through any battles I've fought, is that YOU GUYS as my readers, possibly be helped to realize that you don't have to stay in a bad place (emotionally or physically) and couple that 🎭 with a lot of mind power blended with the amount of determination needed in order to press on despite your circumstances 🎹 you can also conquer your emotional demons 🎈 I'm now closer to the person I was always meant to be before darkness swooped in my life, knowing I was to young to fight ⏳helping someone that may be having similar struggles help make my own demons disappear 🏝️ though I'm a new personal blogger 💄 I touch on some of these special topics, including: 🎶 forgiveness being possible even when you still hate 📖 mental health disorders 👒 (stigma-shame-daily battle of coping) 👣 living with low self esteem and confidence many years, yet breaking free and gaining it all back 🎨 horrors of being a victim of DV 🙏 the freedom felt in becoming a SURVIVOR from DV as well as drug addiction 💊 dealing with stigma & shame of homelessness 🌈 overcoming life's many challenges 🌪️ emotional anxiety terrors⚡being raised by a narcissistic mother 🐲 breaking the cycle of choosing a toxic or abusive partner 🐍 relationship and seXual issues 👫 heartache from breakup 🚷 pain of loneliness 😇 fear of dying ⛱️ tips when facing self improvement 🚥 ADHD daily battles of crazy-thoughts-crashes-anxiety-hyperfocus 😵 I find that when I reach out 👨‍👩‍👧‍👧 to others it gives me a peace 👣 YOU ARE NOT alone in whatever battle you are presently fighting 🤺 I can promise you that my posts will not be boring 🤸 Please LEAVE COMMENTS and follow me ✌️I really do care what YOU GUYS ... my readers ... think 📚 Hugs 💋 cheLLe 🙋